hursday 12th June 2008
This is my last entry for the Kilvrough Blog - by the time many of you read this we will be well into our last day of activities. We're planning a day at the centre rotating groups round the low ropes course, the assault course, the climbing pole and the legendary zip wire!!

Today groups have been to the beach, kayaking on a reservoir and climbing over rocky mountains. The children have had a great week they're all exhausted. There are a few fractious tempers, a few minor bickers but generally speaking 49 very satisfied and fulfilled children. So many of them have learned so much about themselves and many have discovered new skills and reserves of bravery they never knew they had. All the duty groups have carried out their roles in and around the centre with enthusiasm and a great sense of personal responsibility. Lots of them have made new friends and have discovered the enjoyment of working with people they don't normally get the chance to. The centre staff have also been mightily impressed with our children - which makes me very proud.

Before I sign off I would like to record my personal thanks to all the Dr. Radcliffe's team who have shown such dedication and good-humour this week - they have been amazing and I know have helped enhance the children's experience, forging many memories that will last them a life-time.

Right that really is it now - I must go before I get any more sentimental and start to weep into my Ovaltine. We aim to be back around the 8pm mark tomorrow - but will notify you all of our ETA via the telephone tree.

Wednesday 11th June 2008
It's day three, and Mr Brigg has succumbed to the lures of the tuck shop, and so fortunately (or perhaps unfortunately), myself, Mr Ashworth has taken time off from his award winning �bad cop� routine, to bring you Wednesday�s installment of the residential week.

My group took to the water today for a spot of canoeing on the Neath canal. As we travelled to our destination, the word canal conjured up a myriad of hazy images from my youth, which seemed to centre around ubiquitous shopping trolleys, and pungent smelling water. I�m pleased to report only one of the two was correct, and the canal was trolley free, though not odour free. The canoeing was fantastic and once the children had got the hang of it, I even found myself humming the Hawaii 5-0 theme tune. The group had an excellent day, and left very happy, and very tired.

Miss Marshall and Mr Brigg took their groups to the lofty heights overlooking the sea for a spot of climbing and abseiling, and apparently after much soul searching and bribing, Mr Brigg was persuaded off the bus. The children also overcame their fears, and the instructors were delighted with everyone�s positive attitudes in the face of adversity.

Mrs Street took her children out on the water, and again a great (though I hear rather wet) time was had by all. Mrs Marshall enjoyed a day sunbathing at the beach, whilst the rest of her group battled nature on their body boards. The enthusiasm was amazing, and the children have delighted everyone with their willingness to try new things (and that�s not to mention the food!).

Its lights out soon and the teachers (Miss Marshall) are now off to finish the last of the doughnuts left over from dinner.

Tuesday 10th June 2008
Well it's the end of day 2 and the weather has been amazing all day!

Today Mr Ashworth's Group have been climbing and abseiling (not nearly as frightening as he thought he assures me) but to be fair he did stand at the top of the cliff taking photo's most of the time. My group and Mrs Street's group spent a day at the beach rockpooling, building sandculptures and body boarding in wetsuits. Perhaps the most amusing incident actually involved getting Mrs Street into her wetsuit!! I now know what a Victorian lady's maid must have felt like (only joking Mrs Street - better make sure we delete this before she sees the website!).

Mother and daughter Marsall have been canoeing all day where as predicted, the day culminated with the traditional capsizing of the canoes - great fun was had by all.

The children are all eating well even those fussy eaters! They are just about to begin their evening activity and judging by t he noise and giggles from next door seems to involve quite a lot of shouting (and that's just Mr Ashworth).

I'm told the weather is due to turn tomorrow which is a shame as it's my group's turn to climb (yikes!) not good with heights - I'm sure the children will look after me. Looking forward to seeing you all on Friday.

Monday 9th June 2008
'Well - we've finally arrived after what seemed like an age and some rather complex travel arrangements!! The children are all in good spirits and have had a day at the centre taking part in exploring and orienteering exercises.

There were some interesting attempts at how to make your own bed and how to put on a duvet cover but after some initial mishaps all the children are finally in bed and Mr Ashworth has gone round to do the final lights out NO TALKING routine. We're all looking forward to days canoeing on the river and body- boarding at the beach tomorrow - we are promised more good weather so apart from the dodgy coaches everything seems to be going to plan. All the duty groups are settling into their routines with some very interesting variations on silver service and Mrs Marshall says she is looking forward to seeing what the lunch group put into her sandwiches for tomorrow!

Well I'm off for a well earned sit down - it's 9.55pm and I can hear the dulcet tones of over-excited Y5 and 6 boys drifting down the corridor. More tomorrow. 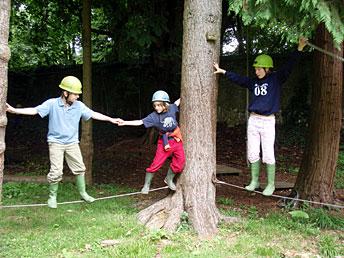 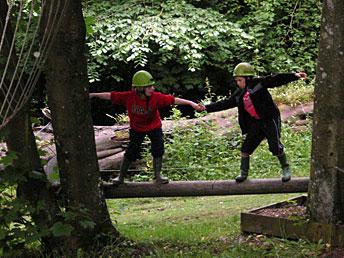 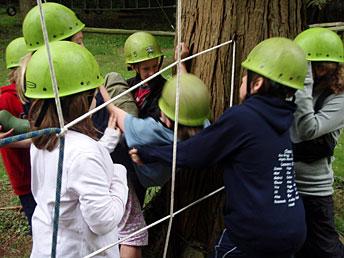 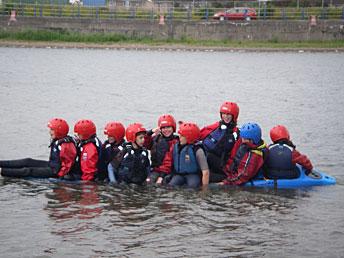 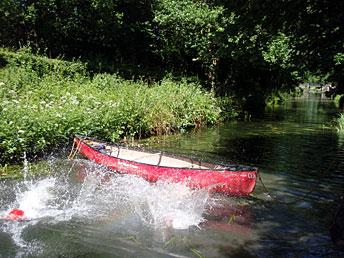 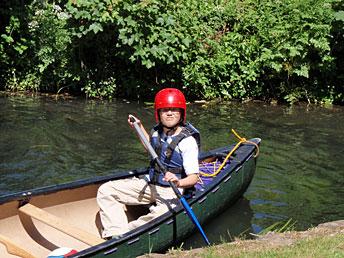 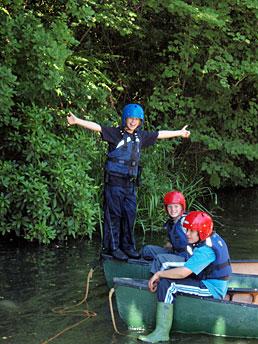 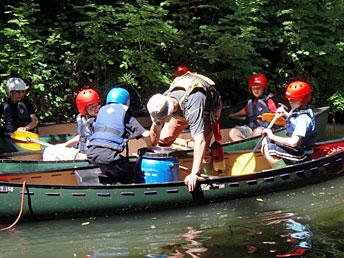 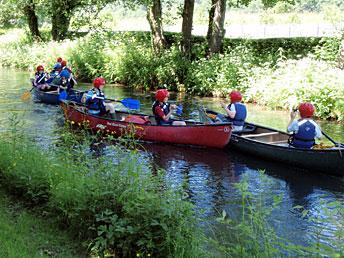 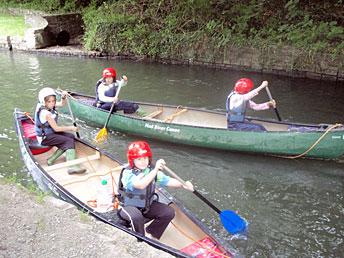 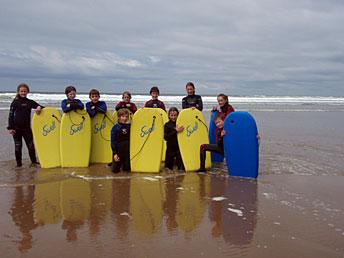 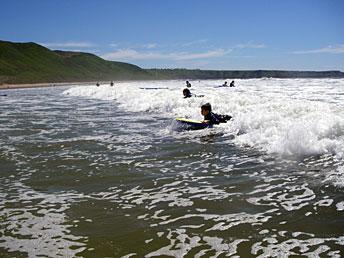 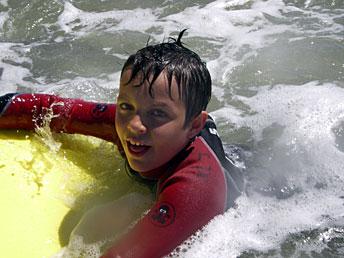